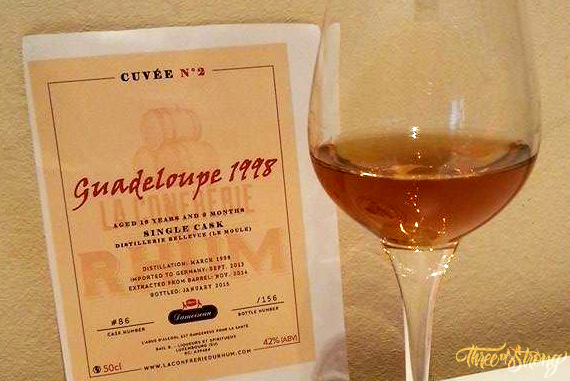 Yes! They do it again!!!!I received a new sample from La Confrérie du Rhum and it’s the unequivocal signal: they are launching a new Cuvée!!!

Who are La Confrérie du Rhum? Well…they don’t need presentation here, I write about them before…if you don’t know who they are you could read about them here.

They send me an envelope with a rum sample bottle, a print of the label of their new rum and some beautiful stickers with their logo. As the label says, this rum is a single cask from Guadeloupe (cask #86), more exactly a Damoiseau rum, distilled on March 1998 at the Distillerie Bellevue (Le Moule), aged in bourbon oak barrels 16 years and 9 months (15 of this years in Guadeloupe, and all the other time in Germany). It was imported to Germany in September 2013, extracted from the barrel in November 2014, bottled in January 2015 and it will be launched to the market during this month of March 2015 in a limited and numbered edition of 156 50 cl bottles and 42%(ABV). 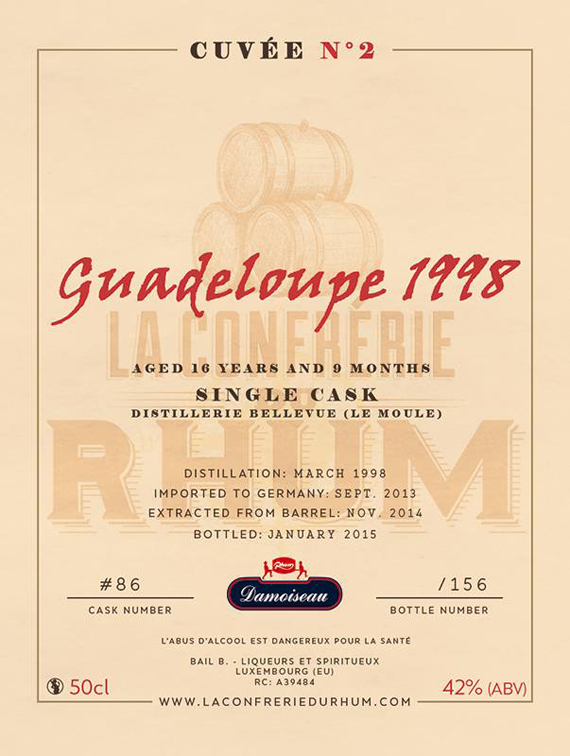 I have to advice that this rum is made from molasses. In Guadaloupe the rums normally are agricole rhums made from sugar cane juice but it’s not the case of that rum.

The bottle is like the bottle of the Cuvée nº1, with the red wax seal in the cork and the only difference of the label, in this case more clear than the previous one, with cream color instead of the black one, and with the logo of La Confrérie du Rhum in the background of the label. 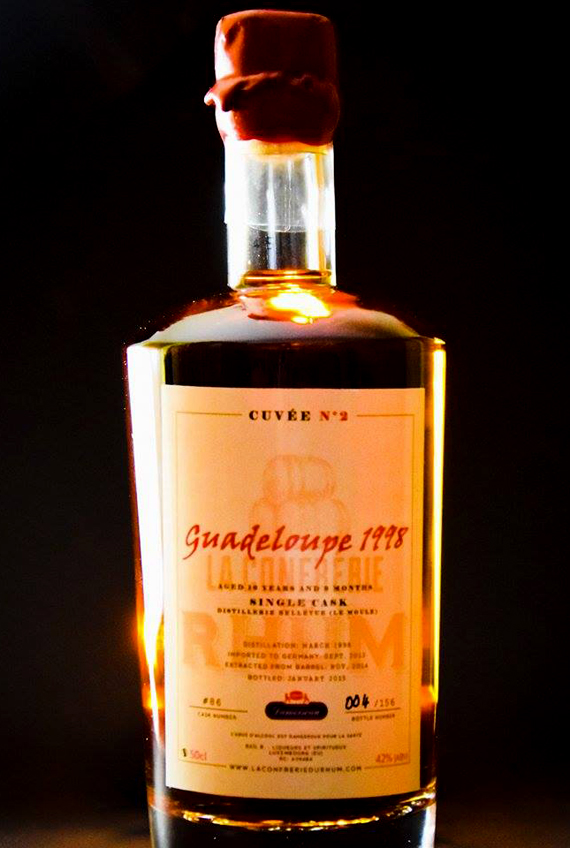 And now…I’m going to start tasting it!!! (the better part of my blogger life lol)

I fill my tasting glass with the gold color liquid of the sample bottle and let it sit a few to open the aromas in the glass.Then I started to smell it delicately, with short sniffs and I could certificate that it isn’t an agricole rhum, a spiced aroma invades my nose followed by the wood aroma of the barrel, I also can smell black pepper and vanilla notes.

After that, I’m mouthwatering thinking on the moment of taste it in mouth, and when this moment arrives I’m surprised and a bit confused, that’s not what I think it would be when I smell it…I wait a bit thicker rum and maybe a bit more sweet, but it’s not what I find, I find a less thicker rum (than I expected) entering in my mouth and an explosion of tannins invading completely  my mouth. It’s a mouth filling dry and astringent rum, with a high presence of tannins and black pepper notes. On successive sips, I could detect some raisin and vanilla notes. It has a long finish in mouth. 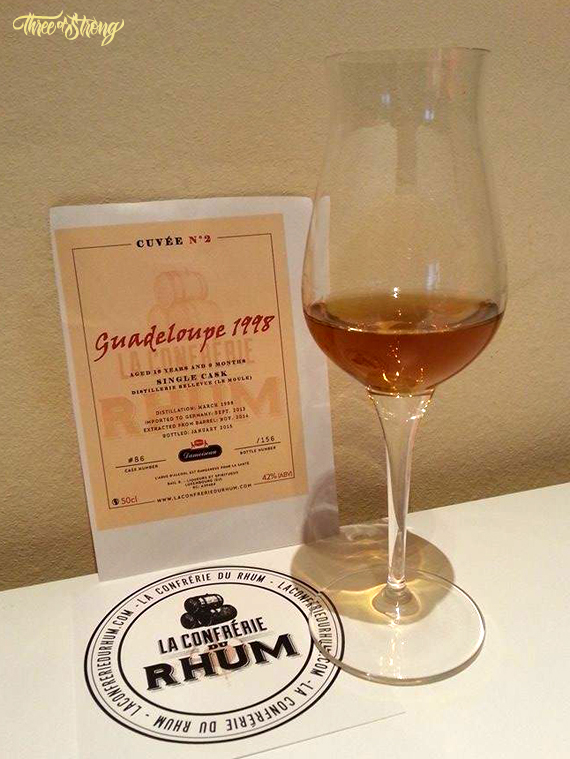 I could say that this rum surprises me, maybe it hasn’t the profile of my favourite rums, but it’s not what I expected of it, previously for the molasses base of the rum and later for the impact of oak flavour in my mouth. I have to congratulate Vincent, Jerry and Benoît for the job that they are doing with this cuvées and for the rum education that they are giving with their work to the members of La Confrérie du Rhum. I’m nervous to know what is the next rum for their Cuvée nº 3!!!!