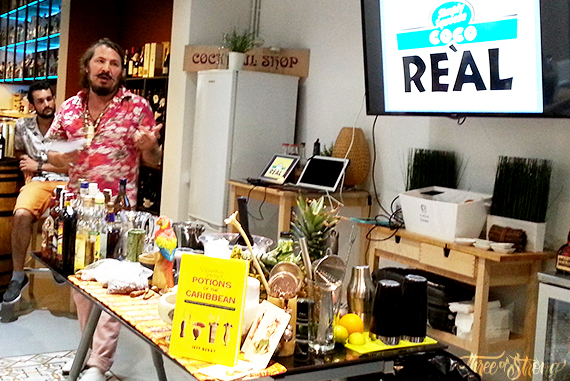 The past 29th and 30th of June we received in Barcelona the visit of Daniele Dalla Pola making a Tiki Tour with Coco Rèal, in collaboration with Cocktail Shop Barcelona. They made on the 29th a Tiki Party in Kahala and the 30th two tiki masterclasses in Cocktail Shop.

I assisted to the afternoon tiki masterclass and finally met in person Danielle!!!

The masterclass starts with and explanation of Marco Canova about Rèal and their fruit infused syrups. 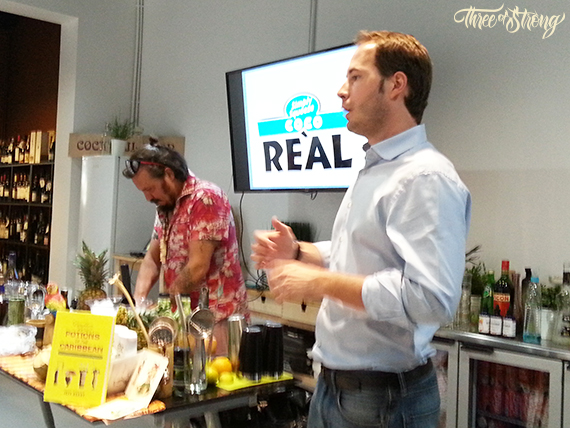 All of the presents knows their Coco Rèal syrup, but they show us some of their new flavors, and we have the chance to taste it.

For me, the best flavors are Pumpkin and Ginger, these two are a crazy wonderful spiced stuff very usable for new tiki concoctions; the blue agave is a great syrup too with a very toasted flavour, a very good option to add sugar to the drinks instead of dark sugar syrup or demerara syrup; and finally the blueberry syrup it’s good too but when I taste it I think automatically on a very big piece of cheesecake topped with it, for that reason, I think it could be better for desserts than for cocktails. 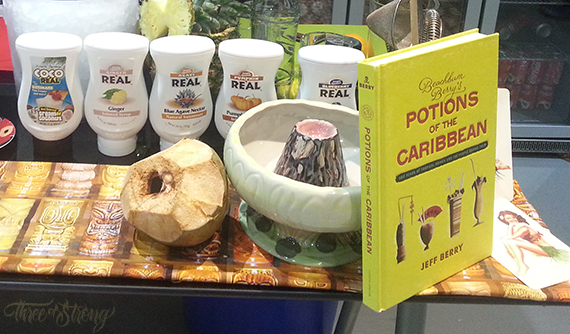 Some of the new flavours of Rèal

From left to right: Blueberry, Ginger, Blue Agave and Pumpkin.

After that taste, Daniele starts talking about he and his Nu Lounge Bar in Bologna (Italy), the evolution of the bar, the drinks of the bar, the design of the new menu, the women who visits the bar, and all the tikiness and the crazy things on it. 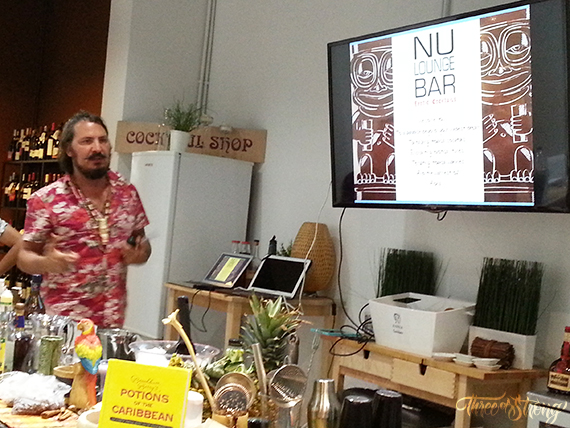 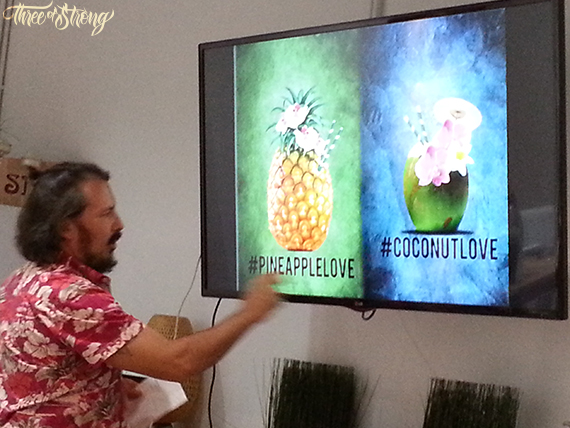 Daniele began the class making a resume of his tiki masterclass of about 14 hours divided in two days, focusing basically in the figure of Don The Bechcomber, his history, his drinks and his way of life. 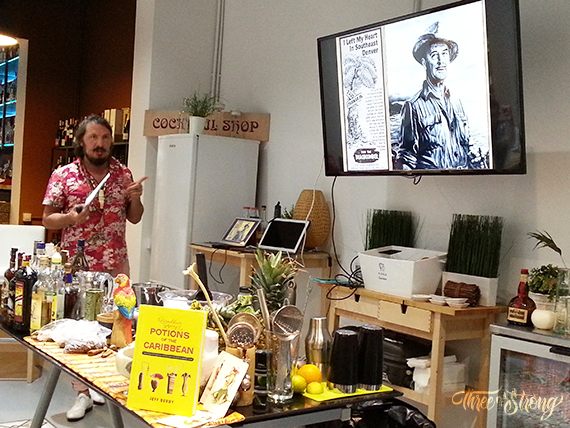 Talking about Don The Beachcomber 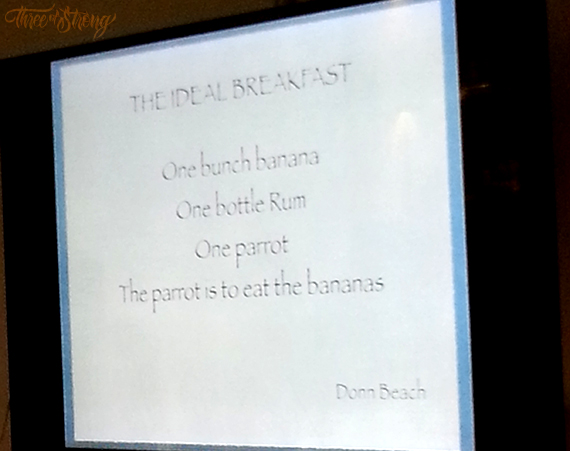 Arriving at this point of the afternoon, Daniele starts making his favourite thing: Tiki Drinks!!! 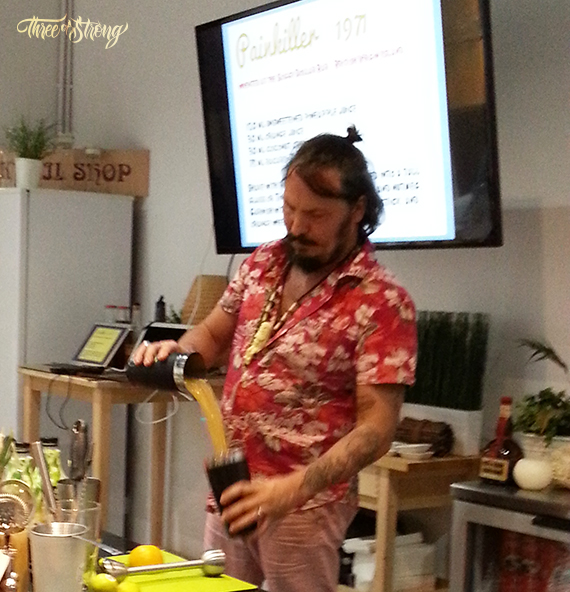 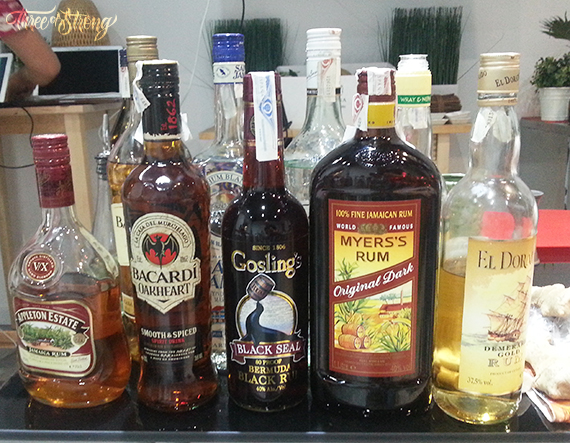 Some of the rums used in the masterclass

We could taste some classic tiki drinks with his original twists and using Rèal products making wonderful concoctions like:

-Piña Colada served in a pineapple and smoked with cinnamon, allspice, Sichuan peppercorns, cloves and vanilla. 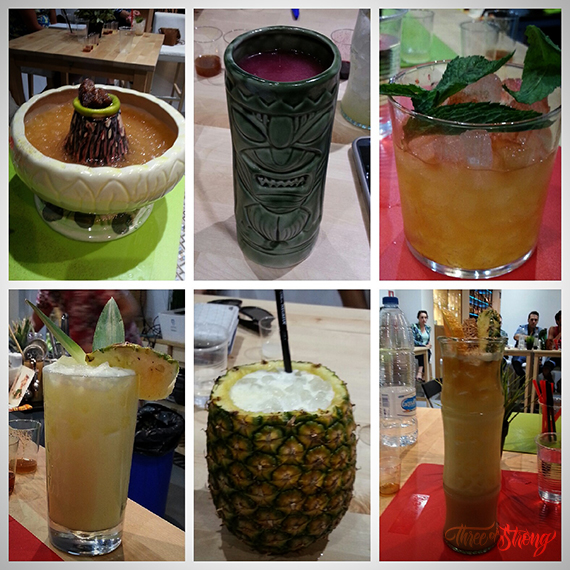 At the final of the masterclass we take the typical picture of the Tiki Family!!! 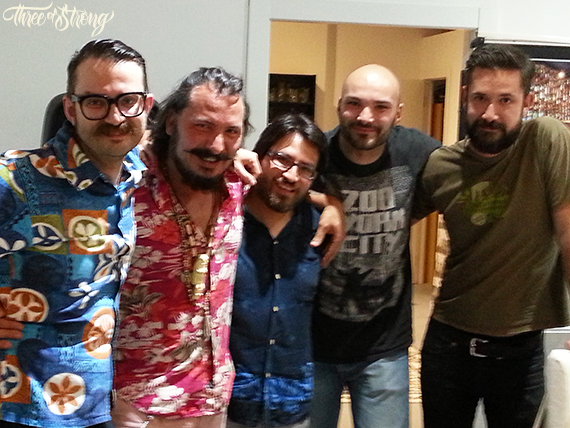